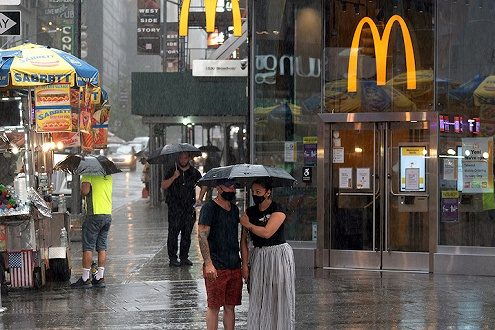 McDonald’s intends to save the performance drop caused by the epidemic by spending more marketing expenses. McDonald’s plans to increase marketing spending by an additional $200 million in the rest of this year.

It seems that the cost is expensive, but in fact, due to the impact of the epidemic this year, many companies have generally cut their marketing expenses drastically. This $200 million is only equivalent to McDonald’s marketing expenses for a month.

McDonald’s President and CEO Chris Kempczinski said at the July 28 financial report analysis meeting that the company cut 70% of its marketing expenditures in the second quarter and provided “significant marketing funds” for the third and fourth quarters. He said that when consumers are generally worried about the recession of the economic environment, McDonald’s marketing focus will actively carry out various promotional activities to emphasize the affordability of its products to consumers-more generally speaking, “benefit” “. In the first half of this year, McDonald’s has spent $200 million to help franchisees advertise to boost sales.

However, under the influence of the epidemic, McDonald’s revenue in the second quarter of this year fell 30% year-on-year to US$3.76 billion, and global same-store sales fell 24% year-on-year, which was lower than analyst expectations.

“Fortune” reported that this may be McDonald’s worst performance in 15 years. The last time it dates back to 2005, when McDonald’s global market sales fell by 41.4%.

In fact, during the epidemic, due to the impact of economic activities, the budget tightening of the entire advertising industry has become very obvious. A report released by the World Advertising Research Center (WARC) in May of this year stated that the latest forecast based on 96 global market data shows that global advertising spending will fall by 8.1% (US$49.6 billion) to US$563 billion this year.

In terms of marketing budgets, many large companies are making timely adjustments based on market conditions. We have reported that, for example, at the financial report analysis meeting of the first quarter of this year, Coca-Cola stated that it would cut off part of the brand marketing budget and new product launch plan this year. Since the second quarter, large companies such as Coca-Cola and Unilever have indicated that they will Increasing marketing investment in the second half of the year is also out of consideration for boosting the market.

However, most of the marketing during this time period is for the purpose of promotion. For example, Budweiser’s global CEO Carlos Brito once stated that the plan to cut a large amount of media budget in the United States this year means that this year’s new product launches, sponsorship of some major events, and brand advertising on TV will all have a certain degree Cut; replaced by local promotions, in-store promotions, online advertising that can bring real-time conversions, etc.

Financial report data shows that McDonald’s global sales in April fell 39% year-on-year, 21% in May, and 12% in June. With the reopening of global stores, McDonald’s performance has also been restored.

In the second half of the year, McDonald’s will focus on what CEO Chris Kempczinski calls “drive, delivery, and digitalization” these three services, which have effectively helped maintain sales during the pandemic. In the United States, nearly 90% of McDonald’s sales come from the drive-thru service of its car shuttle restaurant. This also means that the increased marketing budget in the second half of the year will most likely be used in promotional activities in this area.

In addition, according to an analysis by a media monitoring organization, McDonald’s is one of the large companies that quietly stopped advertising on Facebook without officially participating in the boycott of Facebook. The boycott officially started after the end of the second quarter, and it remains to be seen how many companies will continue to advertise on Facebook next month.